8 Proven Reasons on Why Angular Framework Is The Best

These days, business and ecommerce websites are increasing very rapidly. Each of the entrepreneurs engaged in business wants to gain a top position. They are always after ensuring their work with the best services. So, these days developers have a high demand for making websites too. From a study, we realized that 1.73 billion websites use different types of developer platforms.

But among them, why choose the Angular Framework always a good choice?

In that case, here we have discussed 8 reasons to choose the Angular web framework. There are different types of developer tools and languages, but from Angular, we will find the best results that users have received from their websites.

The language uses more cracking to bring your site into a business. There is high competition among the development languages, but the users should have the taste, in which they will use?

As per the knowledge of both the entrepreneur and web developer, choosing the Angular framework can make a killer website that will stay ahead of other existing sites.

Now we will discuss how Angular 8 is helpful for our site and how we will use them to get the benefits.

Choosing Angular is more potent as a language, and as per the developer's declaration, it has a 50% more rise; all these brought significant growth in the demand. We have first to understand what our demand is? Angular is the right choice for any web or mobile app development. From open source to compiling in JavaScript, Angular is much better for use in development.

The latest version of Angular is Angular 8. You can create a dynamic ecommerce website and software with it and add some excellent features that are not available to the older versions. But from the view of developers, we can say that it is not expanding fast like Vue or it is not very much used as React, but it has its identification, and millions of people have the demand for it.

Now choosing Angular has developed one kind of ecosystem for the users. The benefits are :

So, there are many reasons you will switch to Angular, and we will also see how you will achieve it.

Why Angular 8 is the Best?

With the new version of Angular 8, new tools and schematics allow developers to create worker apps with ease. The generated project files will help you take advantage of the power behind your web browsers while not having any meaty work sent over sockets or network connections!

Here are 8 reasons to choose the Angular 8 framework for your client project.

It is used to build Angular applications; it is a helper application for Angular like JavaScript. It has some excellent features that make it one step ahead of others.

This added feature makes Angular more handy and easy to use for developers.

The general UI application is matched with HTML; it is in turn used by Angular too. HTML is easy; it is not complicated like JavaScript. It comes with declarative and intuitive assets. You have to write and frame all the tasks in HTML and then let Angular do the job. It does not come with the workload; it will load quickly and make your task done.

When a developer writes code, he only knows the consistency issues. Now among many coding software, there are competitions, but from a different view, we will find that the code structure of Angular is much better. It is relevant like other coding issues. In some cases, coding issues create more budget and late launching.

Here, as consistent coding issues, we can manage these codes easily. It comes with simplified testing and improved readability.

When we need fast results and get interactive web applications, Angular uses MVVM architectures. It works with an MVC pattern and a modern type of data structure. For this reason, all the tasks are like MVVM, and the MVC implementation splits the domain logic and works with the presentation layer.

It also comes with:

Do we know how Angular organizes the code? It organizes into buckets or modules. These modules can be pipes, services, or components. So, it can manage its functionality with modules, and all the features can be enjoyed then. You will also get code assurance.

There is excellent support from Google Developers; they give maintenance support and development one. Under Long Term Support- LTS,  they help scale up the Angular Ecosystem to help us day by day. Also, google apps are using Angular too. The future of angular is very much stable.

There is a skilled engineers community where they are ready to give support to users. They have built the Angular frameworks, and they provide support to the users. This community is equipped with a core development team, and there are more technical experts. In some cases, other developers also help each other.

There are even conferences all over the world where the developers can participate in them too. And there are online resources too to get support instantly. If you need any critical help, the ace engineers will be there to support you.

When we need any support, we will get the online resources available on the internet. You can google for any problem; you will get a lot of answers to help, similarly. If you need, you can check the resource websites too. There are forums too, where you can get support from professionals.

If there is any problem that is not solved, you can try online resources to forums for a proper answer.

Read also: Angular Vs. React: Which One Should You Choose in 2022?

Have we discussed the eight reasons to choose the Angular framework? Angular has the ability to get DOM (Document Object Model) manipulation and it can adjoin elements traits, jQuery JavaScript. As a result, web apps load faster when compared with other frameworks because of what Angular provides developers: multiple benefits which are advantageous for companies such as YouTube or Udacity since they need robust tools that will work well in developing their projects.

It is a kind of framework that has potential for all types of quality development, and it has a good relationship with Google apps. We hope that it will be a perfect solution for growth for all.

Last but not least, if you want to know more about Angular 8 check out the article about Angular vs React in order to get more ideas. Happy developing!

Why is Angular Framework Used For?

Angular is a platform and framework for building single-page client applications using HTML, and TypeScript. It implements core functionality as well as optional libraries that you can import into your application's codebase to customize its look & feel or add new features without worrying about maintaining multiple versions of the app throughout various stages in development.

What is Angular Js vs Angular?

Angular is a Typescript-based alternative to AngularJS used to create dynamic web applications. AngularJS, on the other hand, is written in JavaScript and can be used as the term for all v1. x versions of Angular. It was created in 2009 and is also commonly referred to as Angular 1.

Why Angular is so popular?

The popularity of Angular JS stems from the fact that it enables secure binding to HTML elements. It was also one of the first frameworks to offer a way for developers with little or no experience in JavaScript development, who are just looking at building an app quickly without much complexity involved-to do so by creating modular components using only CSS instead!

Is Angular better than MVC?

Angular provides robust extensibility and customization. It has deep community support that is continually growing, making it a more viable option for developers looking to create single-page applications with an Angular front end rather than MVC.

What kind of framework is angular?

AngularJS is a high-performance, open-source JavaScript framework for building web applications that focus on CRUD operations and AJAX-style development. Its goal is to layer the browser with useful directives such as controllers making dynamic apps easier than ever before!

has contributed in 2 posts
I love programming and database management. I have experience with cross-departmental activities. My new adaptation is technical writing. I believe in planning and love my team.
You may find these relevant articles useful 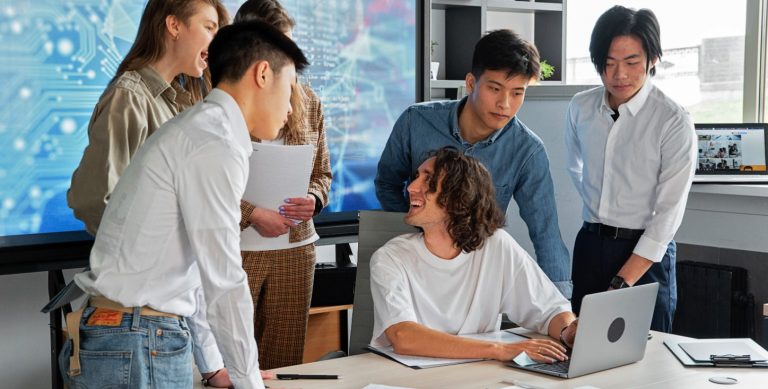 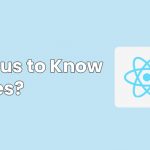 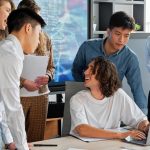 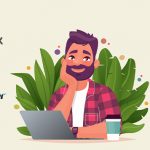 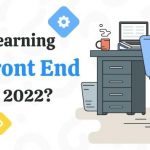 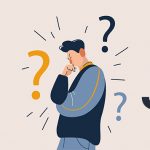